CentreVenture and the Downtown Developers

I was invited to attended a Mix & Mingle for the Downtown development crowd and had a blast. Many of the current crop of developers, architects and designers along with CV board and staff traded downtown stories. It was really fun reminiscing about the growth of downtown over the past 10 years.  And here we were, gathered, talking about hundreds of new developments and a different downtown. When I joined CentreVenture in 1999 most people thought downtown was unsolvable and not worth their time and effort. I didn't think so, my boss Glen Murray didn't think so and here we are 10 years later and a majority of Winnipeggers are on the bandwagon for a new, healthy, residentially focused downtown.

Thanks for invite CentreVenture, was honoured to be amongst these community leaders and downtown advocates. 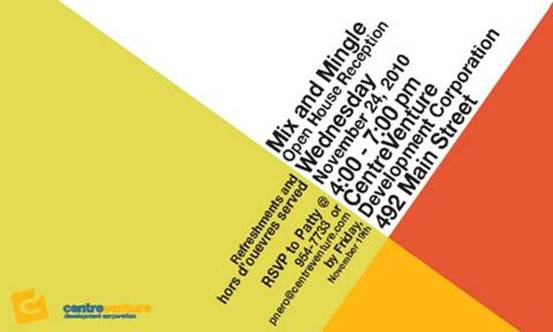 This entry was posted on November 25th, 2010 | Posted in General